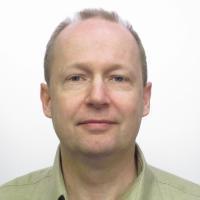 Claus Børsting started his academic career as a molecular biologist with a special focus on biotechnology. During his MSc and PhD studies at Odense University in Denmark, he worked with basic molecular biology techniques involving DNA, RNA and protein analyses. He used S. cerevisiae as a test organism and has also worked extensively with E. coli. This line of work was continued as a postdoctoral fellow at Albany Medical College in Albany, New York, USA.

In 2001, Claus was employed as a Forensic Geneticist at the Section of Forensic Genetics, Department of Forensic Medicine, Faculty of Health and Medical Sciences, University of Copenhagen, Denmark and he was trained as a reporting officer in paternity and immigration case work. He became a central person in the research group that was formed when the Section of Forensic Genetics decided to participate in the EU sponsored SNPforID consortium (2002-2006) and this earned him the position as assistant professor in 2004. The SNPforID consortium successfully explored the use of Single Nucleotide Polymophisms (SNPs) in forensic genetics and developed several SNP typing assays including an assay for human identification (HID). In 2007, he validated and implemented the SNPforID HID assay for relationship case work according to the ISO 17025 standard. He became the manager of the SNP laboratory and continued to have this function until 2012, where the SNP laboratory was fused with another laboratory. In this period, Claus was the first author or co-author of more than 20 scientific papers or book chapters that explored the use of SNPs in forensic genetics. In 2010, Claus obtained the position as Senior Advisor and since 2012 his primary function has been to co-supervise Bachelor, Master and PhD students. In this capacity, he also became the manager of the research group at the Section of Forensic Genetics. In 2018, Claus obtained the position as Senior researcher. The main focus of the current research projects is to explore the use of next generation sequencing (NGS) methods in forensic genetics. Claus is the co-author of some of the first scientific papers dealing with NGS as a forensic genetic tool and he has experience with the two major platforms: Ion torrent (ThermoFisher) and MiSeq (Illumina).